Breeding animals is a delicate science. Choosing the right animals at the right time is risky, so breeders, farmers and other livestock customers need reliable breeding information on specific animals and bloodlines. 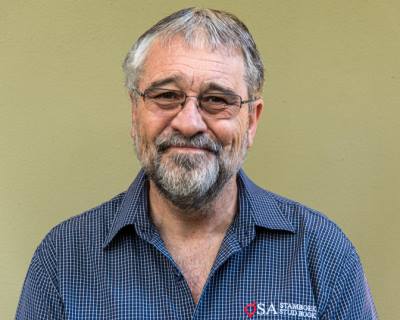 SA Stud Book has been fulfilling that role since 1905. Now, more than a century since its founding, the service received a major digital transformation through the help of RDB Consulting.

SA Stud Book facilitates an astounding range of information, including animal traits and genetic data, refined through numerous rigid and scientific processes to produce reports relied on by farmers, breeders and their peers. As such, the SA Stud Book long ceased being a physical book and made the transition to digital by the late 20th century.

“SA Stud Book helps to work out the genetic merit or potential of the animal,” says Dr Japie van der Westhuizen, GM of SA Stud Book & Animal Improvement Association. “If you have to choose between two bulls, or two rams or stallions and decide which one will produce the best progeny, then you need to do a lot of calculations.”

After two decades, this infrastructure had grown outdated and inflexible, prompting a refresh. Yet, it’s incredibly risky and delicate to migrate such an environment onto a modern digital environment. After researching the market, looking for specialists who understood demanding database environments, SA Stud Book solicited RDB Consulting’s services.

“This was an interesting project for us. There weren’t any failover options – it was a single point of failure environment,” explains Jennifer Mbesa, RDB Consulting’s General Manager. “The system ran on a complex Itanium system and a specific type of Linux – it was pretty unique in several ways. We proposed new architecture using an open source platform and hardware from one of RDB’s partners. This creates high availability infrastructure using failover and replication methodology. So, we migrated SA Stud Book into a virtual environment where they have the flexibility of moving virtual machines around, making it easier for administration and obviously, high availability.”

More agility to a technology leader

No two digital transformation projects are quite the same, but SA Stud Book’s requirements made it more uncommon. It already had a considerable investment in bespoke technology and multiple development tools. Hence any rip-and-replace approach wouldn’t work. Nor would a lift-and-shift suffice, as SA Stud Book’s internal developers constantly build and improve the service.

“If you just look at new software, our operating system couldn’t run those platforms,” says Dr Bobbie van der Westhuizen, who leads SA Stud Book’s Genetic and Advisory Services. “We were also using our own hardware. Working with RDB Consulting, we took a decision to move over to virtualised platforms, where one is not bound to hardware. This really helped boost our uptime and the speed of our work.”

To accomplish the transition, RDB Consulting deployed its extensive understanding of databases, bespoke systems and virtualised environments, says Mbesa: “We decoupled the Oracle database using standard Oracle tools to move it onto the virtual platform. For the application, which is a bit of a black box, we use an HP emulation kit to mimic the Itanium-based system. So the application still runs in its traditional environment, but it’s modernised and virtualised, running on a higher-quality platform.”

A three-phased journey to success

RDB Consulting accomplished this delicate migration and transformation through a three-phase plan: discovery and documenting, optimising the landscape, and creating a future state. Step one was to get a view of SA Stud Book’s technology environment: “The environment wasn’t documented. So, we went through a discovery process with the application specialist and development team. We took a deep dive into the application functionality integration, to understand the environment dependencies and so on. From there, we designed the technical and solution architecture, and planned the end-state, migration and modernisation from the components they used.”

Phase two was the implementation of the system, which occurred while its legacy version remained operational. Doing so involved bringing other changes to the SA Stud Book environment, such as a proper backup regime. Phase three focuses on the expanding potential of its new investments.

“We now have a broader spec to work from, thanks to RDB Consulting’s work,” says Dr Bobbie van der Westhuizen. “We can focus our internal IT skills to do even more exciting things, and better manage the incredible amount of genetic and other information used by our different customers.”

Such advantages are about more than differentiation. Many farms, collectives, and breeders rely on SA Stud Book’s information and innovation. For example, livestock auction catalogues with SA Stud Book data can offer QR codes that access detailed information on a particular animal. It also increasingly houses information such as environmental factors at farms – helpful, for example, to study dairy cattle’s prospects. Using its Logix platform, SA Stud Book integrates with farming systems to collect data such as an animal’s weight, and it offers both fast reporting and self-service portals to its customers.

SA Stud Book is a vital cog in precision farming, the 21st century incarnation of the industry. Through the migration designed and executed by RDB Consulting, SA Stud Book can offer even more to a wider variety of industries and customers.

“The current buzzword in farming is precision farming,” says Dr Japie van der Westhuizen. “If you drive past a farm with these huge tractors and the equipment they use, that thing is full of electronics and stuff like that. It knows the soil depth, it has a satellite link and so on. That’s where we’re pushing the livestock towards as well – the precision so that guys know exactly what’s happening at farm level and in real-time.”

SA Stud Book represents the future of the South African livestock and companion animal industries. Through RDB Consulting’s consulting, design, engineering, extensive in-house skills (including Oracle and Linux certifications) and 24/7 support, it could update that representation from a rickety legacy environment into a new generation of technology.